What is a Rainscreen?

Has this complex been RainScreened? ….. This has to be one of the most popular questions I get during an open house and for good reason. So what is a rain screen and why is it such a big deal for Vancouver Real Estate?

Quick Review of a Rainscreen

An extra exterior wall system that creates a capillary break allowing moisture and air to flow between the structural (interior wall) and the exterior cladding. This helps prevent buildup of moisture inside the wall that can lead to mold, rot and other structural damage. Other exterior components like roof and windows are typical done at the same time to guarantee the new envelopes integrity. 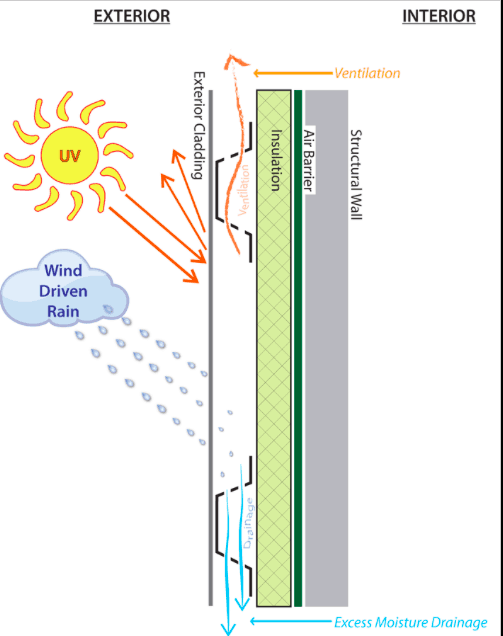 History of a RainScreen:

Norway, early 1960’s research is done into the rain penetration of windows and walls by a man named Olvind Birkeland. He published a treatise referring to a “Rain Barrier”

The early 1990’s we starting to see the term “leaky condo” and it was all over the news. It’s reported that nearly half of the 160,000 strata-owned apartments units built during the 17 year “leaky condo period” in BC have since come up against envelope failures. The price tag for its remediation, somewhere between $3-4 Billion. This lead to a building code overhaul in 1998, requiring all coastal regions build with RainScreen. Vancouver actually jumped on board a year earlier, making it a requirement in 1997.

Want some stability and predictability with your purchase? – heres a list of a our favourite Rain screen condos in Kits: Rainscreened Condo’s

When it launched in 2011, the Vancouver Hot Chocolate Festival was the first city-wide festival o...

Amenities and Common Spaces in Condo Buildings in Kitsilano Let’s start getting into some of the ...