The secret history of Vancouver’s beaches

Sam Greer bought 20 acres at what’s now Kits Beach in 1884 for $200, where he set up a small farm. Unfortunately for Sam, the property was included in the huge parcel of land offered to the Canadian Pacific Railway to entice it to make Vancouver the terminus of the transcontinental railway. Greer was branded a squatter, and the railway giant set out to evict him.

Greer fought tooth and nail to keep his property, including chasing CPR officials off with an axe, ripping up rail ties laid down by CPR workers, fortifying his property with barricades, and stockpiling weapons. The final showdown came in 1891 when Greer injured the deputy sheriff with a round of buckshot during an eviction attempt. Greer spent time in jail, but resumed his feud through the courts until his death. For all his trouble, Greer never got his property back and it seems the CPR did its best to erase any trace of his time there. There is, however, a nearby Greer Street named in his honour. 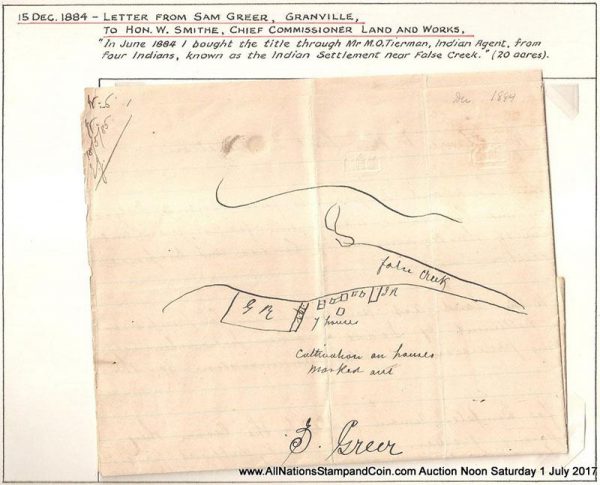 (Map drawn by Sam Greer of his land claim on what’s now Kits Beach. This map recently sold for $33,000 at auction. AllNationsStampandCoin.com)

Best of Kits This is only a small selection of some of our favourites in Kitsilano. The neighbour...

Best of Kitsilano from the Georgia Straight Awards

THE BEST OF KITSILANO There were a ton of Kitsilano award winners in the Georgia Straights 2013 B...