Vancouver’s Chi Le has made a lot of bold moves in her culinary career, but she may just have made the biggest leap yet. Le has just flipped her namesake restaurant, Chi, to offer a 100 percent plant-based menu of modern Vietnamese eats. 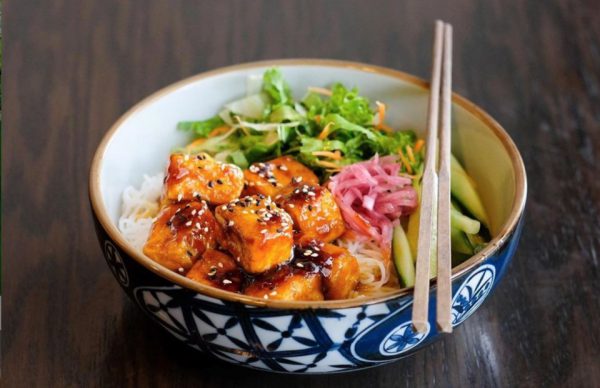 Launched in late 2016, Kitsilano’s Chi Restaurant – now Chi Vegan – is the work of Le, who was once named runner-up on TV’s MasterChef Vietnam.

With a multi-regional menu that ranged from family dishes with modern twists, like a coconut-braised pork belly or jackfruit curry, including beloved meat-centric dishes from Le’s hometown, Chi was among the new guard of contemporary Vietnamese eateries that have pushed the cuisine to greater prominence in Vancouver over the last few years. Contemporaries like Anh and Chi and House Special opened their doors around the same time as Chi Restaurant; House Special then went on to add sibling spot Do Chay, a vegetarian and vegan-friendly place that has proven so successful House Special is now being transformed into a second Do Chay outpost.

With Father’s Day just around the corner, Kitsilano has a lot to offer in terms of great restaura...

Robba da Matti is opening a new location in Kitsilano

Vancouver is swimming in amazing options when it comes to pasta, and we’re about to get another d...