THE CITY OF VANCOUVER’S EFFORT TO INCREASE PUBLIC SPACE

You’ve probably heard by now, but our bike-riding, Happy Planet owning Mayor Gregor Robertson has announced that he wants to see more patio spaces in Vancouver, including Kitsilano. Unfortunately, nothing is officially as he has only okay-ed a “review” of the how the City can best allow more patio space and for longer hours (right now patio’s have to close at 10pm). However, this is a step in the right direction. They’ve been speaking with restaurants owners for a few years now who, I’m sure, desperately want to add more seats and keep people at their restaurants when it’s sunny and people want to be outside. Look for Kitsilano patios to be added to sidewalks or even street space in the summer (taking a cue from VIVA Vancouver’s Summertime Plaza public space on Robson).

Currently, the city has close to 577 patios and luckily for Kits residents, we have our fair share. With large Kitsilano patios like the Boathouse, the Local (see photo above) and Darby’s, and smaller patios happening wherever there’s space – think on Cornwall near the beach, and even at quite a few coffee shops and bars on Broadway like Cafe Artigiano, and some lucky restaurants on West 4th Ave like Las Margaritas. Having more patio spaces in the city will liven up the streets and make Kitsilano’s even more walkable and lively than it already is. 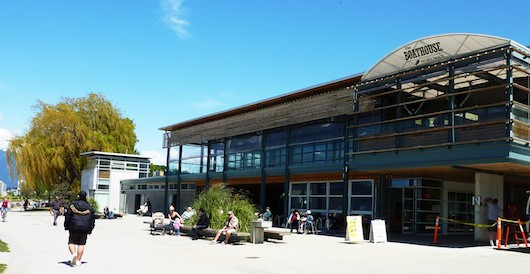 One change always brings on more – so keep in mind your night time preferences if you’re looking to buy a new home or condo in Kitsilano. If you’re a light sleeper or generally work mornings, take into account how close your windows are to current and possible patio spaces, then go enjoy one of them!

The Difference Between Down Payments and Deposits

What’s the Difference Between Down Payments and Deposits? When you purchase a home, you wil...

The Contract in a Real Estate Purchase and Sale is incredibly important for any real estate purch...