KITSILANO, BC – A new beer brewed “for those who live in Kits, have lived in Kits and wished they lived in Kits” is now available in Kitsilano, British Columbia.

Kits Beach Beer has been launched by James Boileau, Andrew Lavigne, and Dana Barnaby, three longtime friends and Kitsilano residents who aim to run “a beer company that captures the spirit of Kits.”

The Kits Beach brand made its debut early last year when Boileau opened Kits Beach Coffee on its namesake beach and has now expanded to the company’s flagship Kits Beach Beer (5% abv), described as “a crisp, clean, lightly hopped Summer Ale with hints of citrus.” 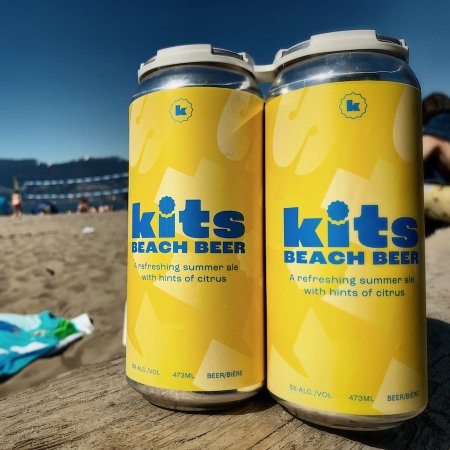 Since zoning bylaws don’t currently allow for a brewing facility in Kitsilano itself, the trio is currently having their beer brewed at Settlement Brewing, and are planning to expand their line-up to include brands such as Kits Grapefruit Ale, Kits Summer Radler, Kits Winter Dark Lager, and a non-alcoholic Kits Ginger Beer.

Delano at 3023 W 4th Ave -scroll down for current listings This Polygon built complex consists of...

Have you recently bought a new home in Vancouver, or are you looking to buy one soon? I often get…